Lara is an award-winning producer and director of television and film. Her work has appeared on Netflix, PBS, NBC, MSNBC, TLC, AMC, VH-1 and The New York Times' website.

After over a decade producing news and documentaries for NBC News and other television, Lara produced and directed Swim Team, her first feature documentary film.

She was named an IFP Documentary Lab Fellow, awarded the New York Women in Film and Television Loreen Arbus Disability Awareness grant and was provided funding from the Aetna Foundation, Easterseals and the Karma Foundation among others.

Swim Team screened at over 50 international film festivals and won 14 awards. It began its theatrical release at New York's IFC Center, aired on PBS' POV and streamed on Netflix. It is currently being distributed internationally.

Lara appears as a panelist, featured speaker and guest teacher on parenting, disability advocacy, independent filmmaking and distribution and is part of the US State Department film diplomacy program American Film Showcase. Her speaking and teaching engagements have included: NYU, Columbia University, Comcast and the Bill and Melinda Gates Foundation.

Lara graduated from Columbia College of Columbia University with a B.A. in Political Science and she received a J.D. from the Benjamin N. Cardozo School of Law.

For more information and to book Lara to speak, click here. 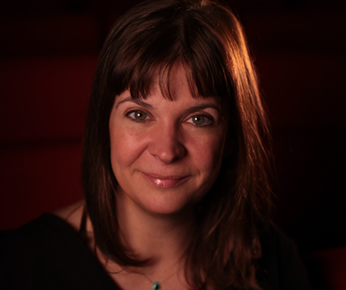 Ann has been working in documentary film for over twenty-five years. Her editing credits include the feature documentaries The Heart of the Matter, Belly Talkers, The Charcoal People, and Sound and Fury, all of which premiered at the Sundance Film Festival before receiving theatrical and television distribution. Sound and Fury was nominated for an Academy Award for Best Documentary Feature.

Her television credits include Frontline: Merchants of Cool for PBS, Martha Stewart's Home for the Holidays for CBS, and True Life: I'm on the Runway for MTV. She has edited and consulted on web content work for Etsy and Johns Hopkins University. She has also worked extensively as a story consultant and consulting editor on numerous independent documentaries.

She teaches at the School of Visual Arts in both the Masters in Social Documentary and the Masters in Photography, Video and Related Media programs. She has guest lectured at NYU's film school and school of journalism. She has also served on the selection committee and jury of the Newport Film Festival.

Shanna has been working in film, television and digital media for more than 20 years. She started her career at Creative Artists Agency working in TV packaging and was a part of the production team for Steven Bochco Productions on NYPD Blue. She went on to develop and produce feature films, TV movies and rockumentaries for 20th Century Fox, ABC Pictures and the Rock and Roll Hall of Fame, amongst others.

Shanna has produced award-winning multimedia outreach campaigns and short films that explore critical social issues. She writes for Forbes about corporate responsibility on behalf of sustainability firm Causecast and for Huffington Post about issues relevant to Swim Team.

Laela's feature documentary credits include the Oscar winning Twenty Feet From Stardom, Sundance hit American Teen, the Emmy-nominated Word Wars, and Sync or Swim, which won the Billie Award for Journalism from the Women's Sports Foundation. Her most recent film, How to Dance in Ohio, premiered at the Sundance Film Festival in January, 2015.

Her narrative work includes the award-winning June Weddings, starring Tom Noonan and directed and written by playwright Barbara Hammond; and Hic! Open a Door in the USA, winner of the BAMKids Film Festival Best Live Action Short Award and Prix Jeunesse International Finalist. Her work in collaboration with contemporary visual artists includes Blind Side, an installation at the Whitney Museum of American Art.

Laela is a member of the International Cinematographers Guild and New York Women in Film & Television. She has served as a juror for the Brooklyn International Film Festival, Documentary Feature Awards, and as a guest speaker at The New School, Department in Media Studies & Film, Graduate Certificate in Documentary Media Studies. She has a degree in social anthropology from Harvard University.

Mark Suozzo composes music for feature films and documentaries. He's had the pleasure of working with some of America's finest independent filmmakers over the years - with Whit Stillman on Metropolitan (Oscar Nomination), Barcelona, Last Days of Disco, Damsels in Distress, The Cosmopolitans and most recently the art house favorite Love & Friendship; Shari Springer-Berman and Bob Pulcini on American Splendor (Oscar Nomination) and The Nanny Diaries; and with Mary Harron on The Notorious Bettie Page.

His scores have been featured in documentaries for HBO, American Experience and Independent Lens, including the series How Democracy Works Now, Sound and Fury (Oscar Nomination), Why Can't We be a Family Again (Oscar Nomination), Thank You and Goodnight and Well-Founded Fear. As an arranger he's recorded with Creed (#1 "With Arms Wide Open"), Aretha Franklin and Britney Spears.

Mark teaches at NYU / Steinhardt, where he is Co-Director of the Film Scoring program.